Positioned on top of a windy, rocky outcrop an impressive 448 metres above sea level on a peak in the Sintra-Cascais Natural Park, the Sanctuary of Peninha bestows upon those who make the climb to its heights amazing views over the surrounding coastline and inland areas. There has been a small sanctuary here ever since the establishment of Christianity in Portugal. The Virgin Mary appeared here to a bewildered young shepherdess. The Chapel of Nossa Senhora da Penha was constructed on the spot of the apparition. There is also a small palace here. Built in the 1910's it mirrors the Romanticism architecture found in Sintra. However, it is the view that remains the star attraction as is the walk to its summit. 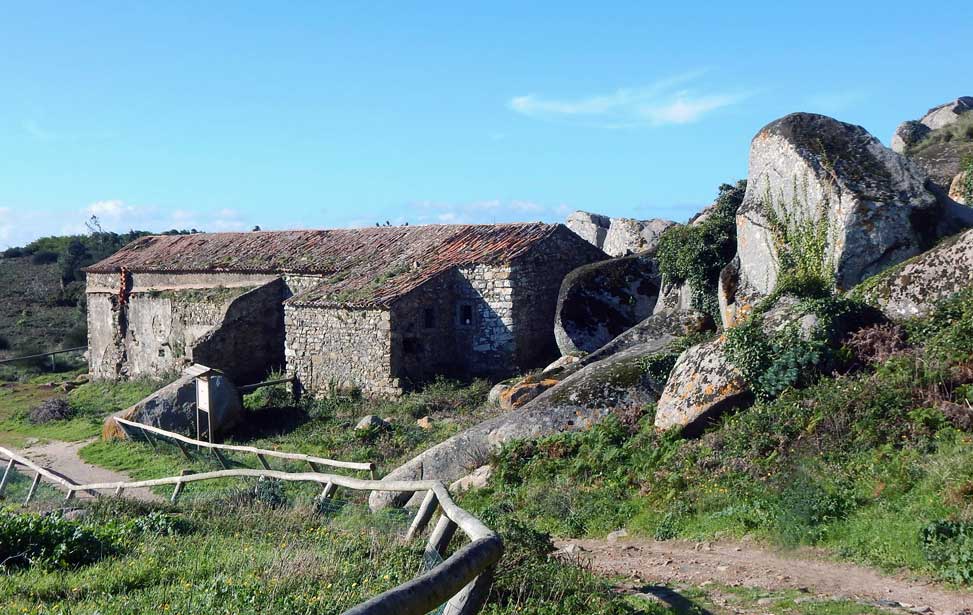 Archaeological remains of a small hermitage have been unearthed on this site that dates back to the time of Christ. Other finds include a Necropolis made up of graves with a cistern dug directly into the living rock thought to originate from the 12th century. The site gained notoriety during the reign of King John III of Portugal (1521 - 1557). An apparition of the Virgin Mary appeared to a young shepherdess. Following a few thwarted attempts soon after the vision, the second religious building at Peninha, the Chapel of Nossa Senhora da Penha, was finally completed in 1711. With financial assistance from King Dom Pedro II, the work was carried out by monks. Inscriptions inside the chapel on the grave of hermit Pedro da Conceição attribute his role in the chapel's construction.

Climbing the 448 metres over rough terrain and difficult access became an act of penance for hermit monks wishing to take refuge here. The families of sailors would pray here for the safe return of their loved ones. Returning ships could be sighted from this vantage point up to 50 kilometres away. The last monk left here in 1834 following the dissolution of the monasteries. The building remained a sanctuary for sheep when the chapel was utilised by farmers. 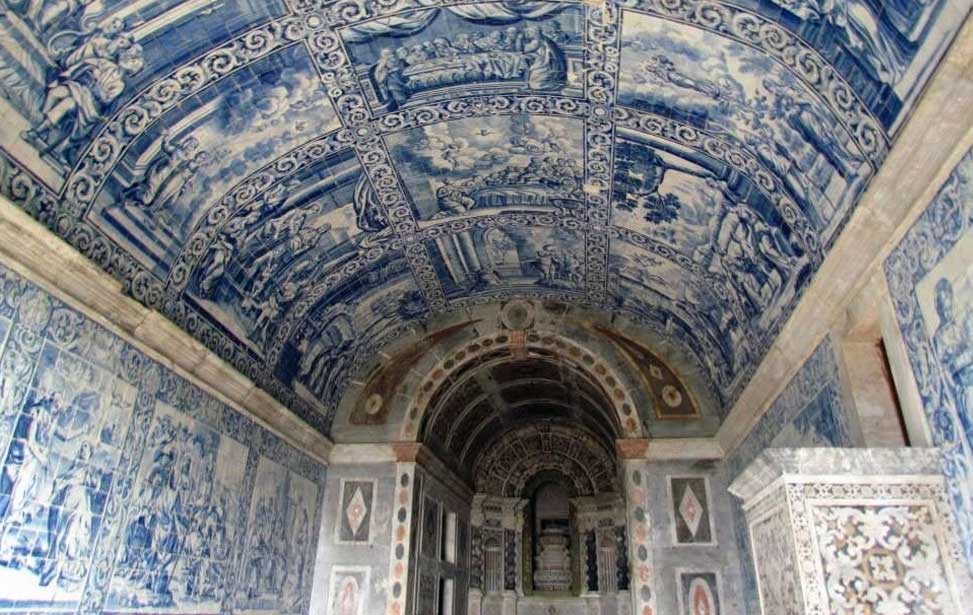 Within the old stone walls, there is an excellent example of Portuguese Baroque architecture. Each wall is entirely adorned with blue azulejo tiles with scenes representing the life of the Virgin Mary, along with portrayals of the Pentecost and Jesus's childhood. The altar is framed by spiral columns and decorated with a Florentine mosaic. Inscribed on the pulpit are the names and messages of pilgrims who have visited this place. The church's interior is not always open to the public, but the terraces around the church are accessible all the time.

The former convent in the valley below, Convento São Saturnino, is now a hotel and offers a unique experience in an idyllic setting. Following an extensive restoration, it first opened its doors to guests in 2005 yet retains much of the original features. Staying here is a true escape from modern-day living, don't come here expecting a mobile phone signal. 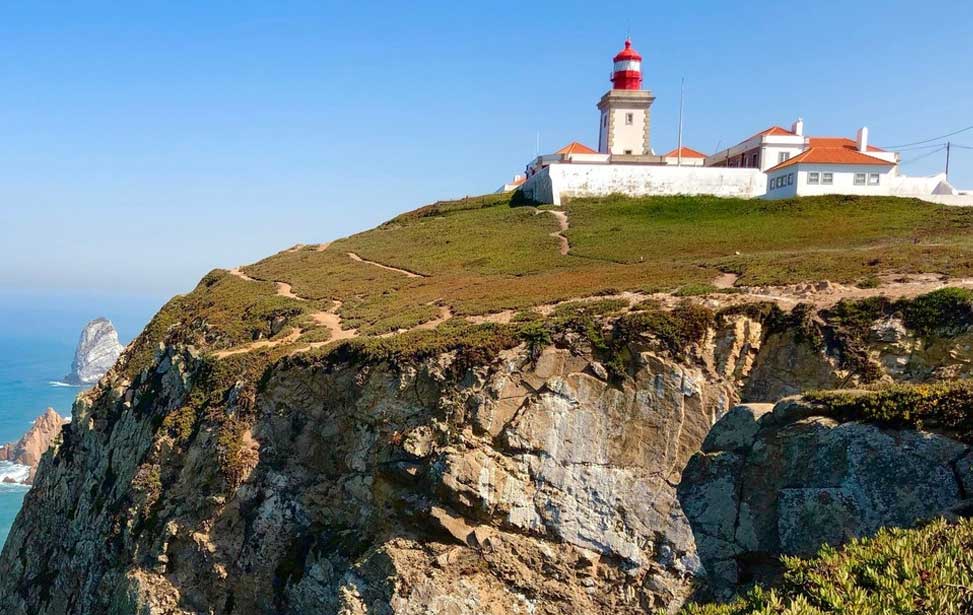 Visit the atmospheric town of Sintra on a full-day, small-group tour from Lisbon, then spend the day exploring the Portuguese coast, Quinta da Regaleira, and Sintra’s historic centre, a UNESCO World Heritage Site. With a mix of guided and un-guided time, discover romantic grottoes and colourful architecture, then get spectacular views to the Atlantic coast from the Serra de Sintra. Including pickup from centrally-located Lisbon as well as entrance fees at the Quinta da Regaleira. 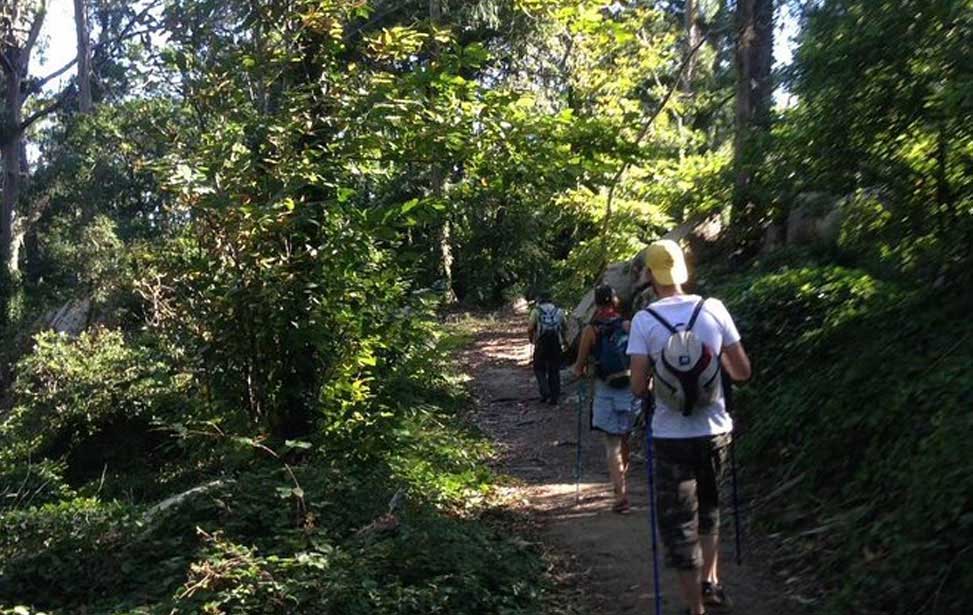 The most Westerly Walk in Europe 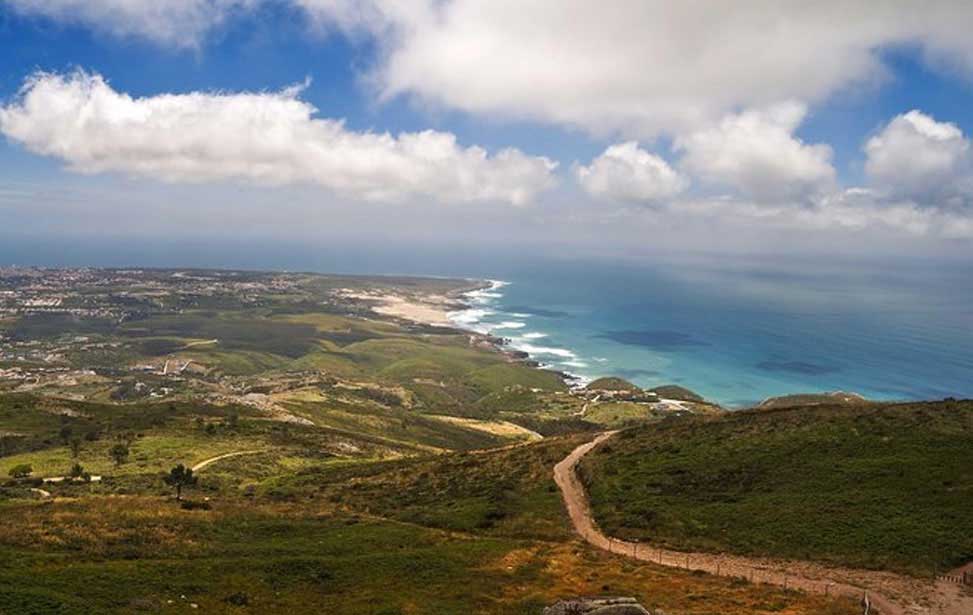 According to your preferences, following the trip to the wonderful Sintra mountains in a comfortable automatic climate-controlled van, free wifi and audio guide in Portuguese / English. Passing through the picturesque village of Sintra, Moorish Castle, Pena Palace, Quinta da Regaleira and Monserrate Palace, your choice, which you will visit until noon, Travel and visit the picturesque village Azenhas do Mar, on one of the Atlantic cliffs and get to know the westernmost point of Europe, Cabo da Roca. Destination to Cascais for a quiet stroll along the bay and traditional historical village. A perfect day!

Dating from 1918 and crowning the Peninha peak is the Palace of Peninha. It was commissioned by the Portuguese entomologist and businessman António Augusto Carvalho Monteiro. Monteiro also built the Quinta da Regaleira in Sintra but sadly passed away before it could be completed. His intention was a smaller version of the Pena Palace. "Pena" means rocky outcrop whilst "Peninha" is its diminutive. On his death, the property was sold to Dr José Maria Ferreira Rangel de Sampaio, who requested an architect to prepare designs to complete the work of the palace following the Romanticism style.

Sadly the works were never implemented. The 62-hectare estate was purchased by the Government in 1991 and is now under state management. In June 2017, plans were hatched to bring about the refurbishment of the buildings and find a use for the palace. Plans are in place on the lines of conservation and education, improvement of transport links with Sintra, Cascais and other nearby points of interest. 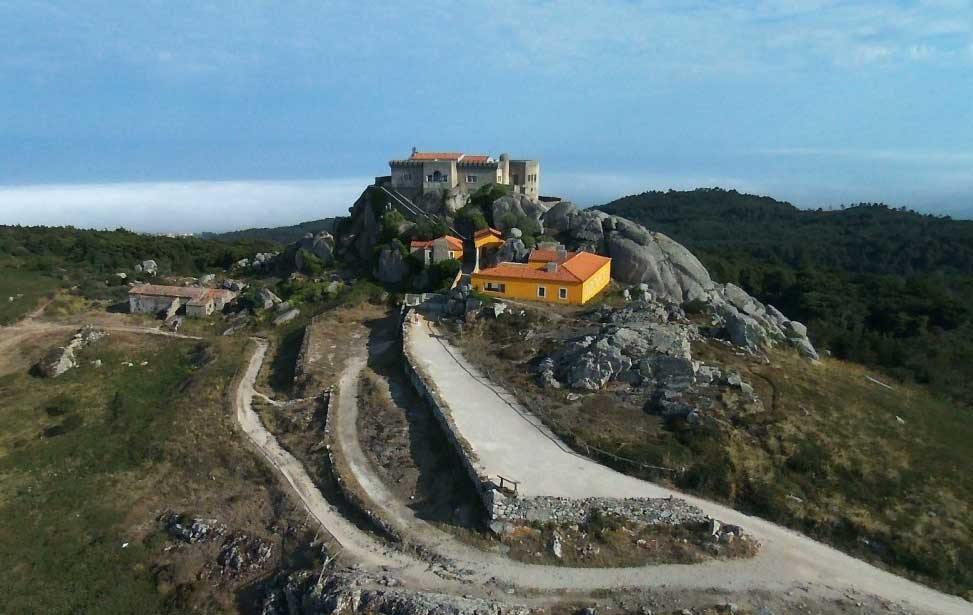