The first proprietor of the estate was the successful hotelier Victor Carlos Sassetti (1851-1915), who commissioned his friend and great architect Luigi Manini, the designer of Quinta da Regaleira, to build here his summer residence. Construction lasted between 1890 and 1894. Over the decades following Sassetti's death the house and estate has undergone various stages of alterations and restorations. Today it has UNESCO heritage status. Recent enhancements have opened up the estate as part of the walking route between Sintra old town, the Moorish Castle and Pena Palace. As part of opening the grounds to the public, there was an addition of a cafeteria and toilets as well as reviving the house exterior and resuscitate the gardens. 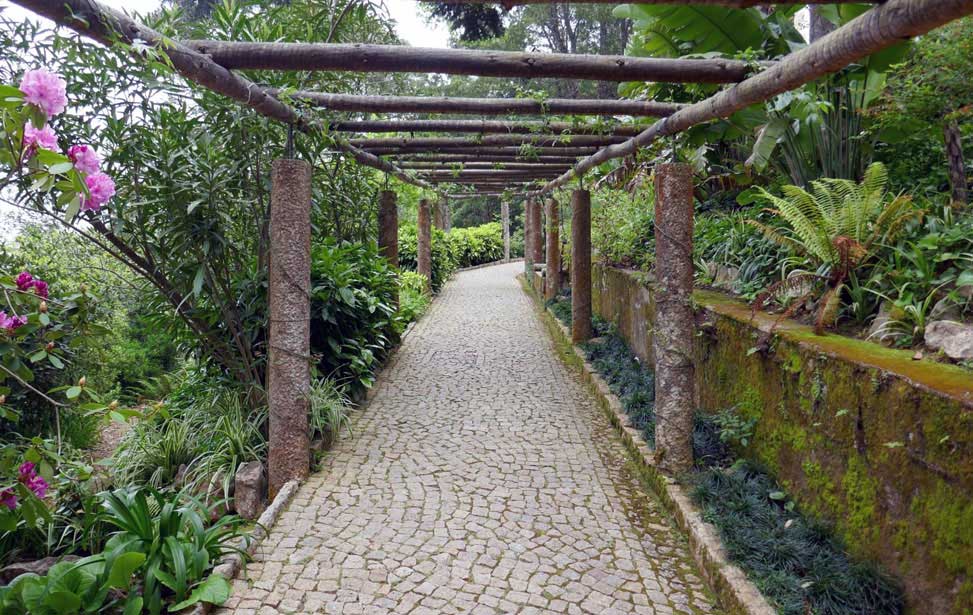 The main house's most striking feature is the central circular tower which spans three floors from where the other rooms sprout from. The building is faced with local granite with terracotta roofing and decorative features. When designing the villa, Manini used the castles of Lombardy, Northern Italy, as his inspiration and as a whole Villa Sassetti takes on a somewhat Romanesque appearance. At the time of writing, restoration of the interior is ongoing and remains closed to the public.

The walking route snakes through the gardens which cover 12,000m2 and is cleverly designed by Manini utilising naturalistic aesthetic themes and man-made structures blend harmonious into the landscape. The path is crisscrossed by an artificial watercourse. The walk up the hill is quite steep, many prefer to walk down the path from Pena, either way, your efforts will be well rewarded by the views.